A Chilly Afternoon With Grady’s Band

A Chilly Afternoon With Grady’s Band 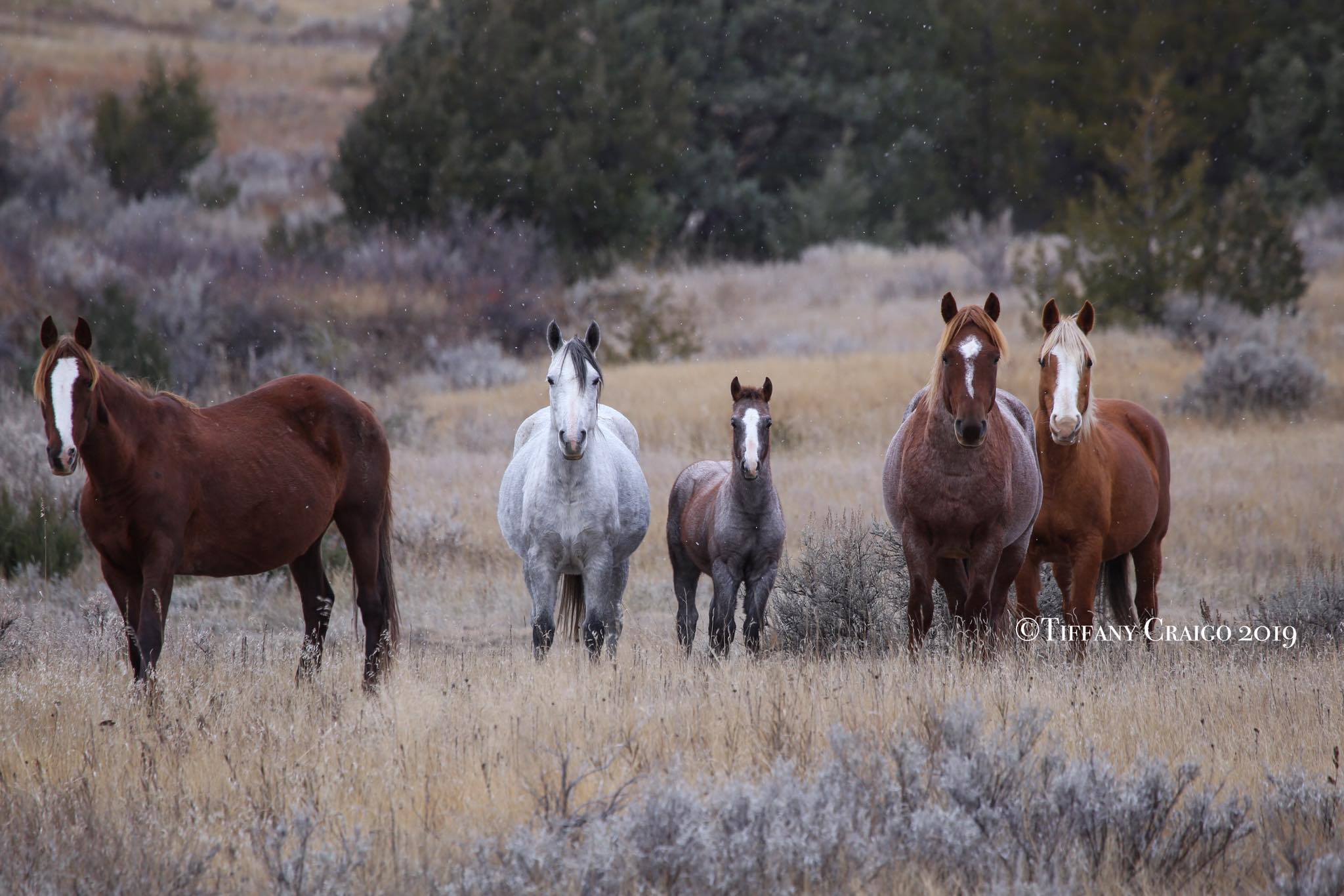 Hello! As promised, here is another look at Grady and his band. These girls have been with several different stallions over the last few years but most recently they were with stallion Ranger. That is until August when Ranger’s old bachelor buddy, Grady came in and stole the band from him. This is the first band for Grady and so far, he appears to be doing well. However, I am not sure how much is his influence when it comes to these mares. These three have proven in the past that they are very capable of taking care of themselves. After Gigi’s mother Ghost passed away, Blondie appeared to become very close to both Gigi and her younger brother Buster. Today, Gigi and Blondie continue to share that special bond and I would say it has been passed on to Arcola as well. While Gigi is his mother, he is oftentimes seen spending more time with Blondie. On several occasions, I have witnessed him nursing off Gigi and then walking over to Blondie to be near her or to lay down for a nap. Both mares work together to keep him safe and out here I say ‘whatever works!’ He is a healthy little colt and obviously very loved. Enjoy this look at this beautiful little family. Thanks, everyone!