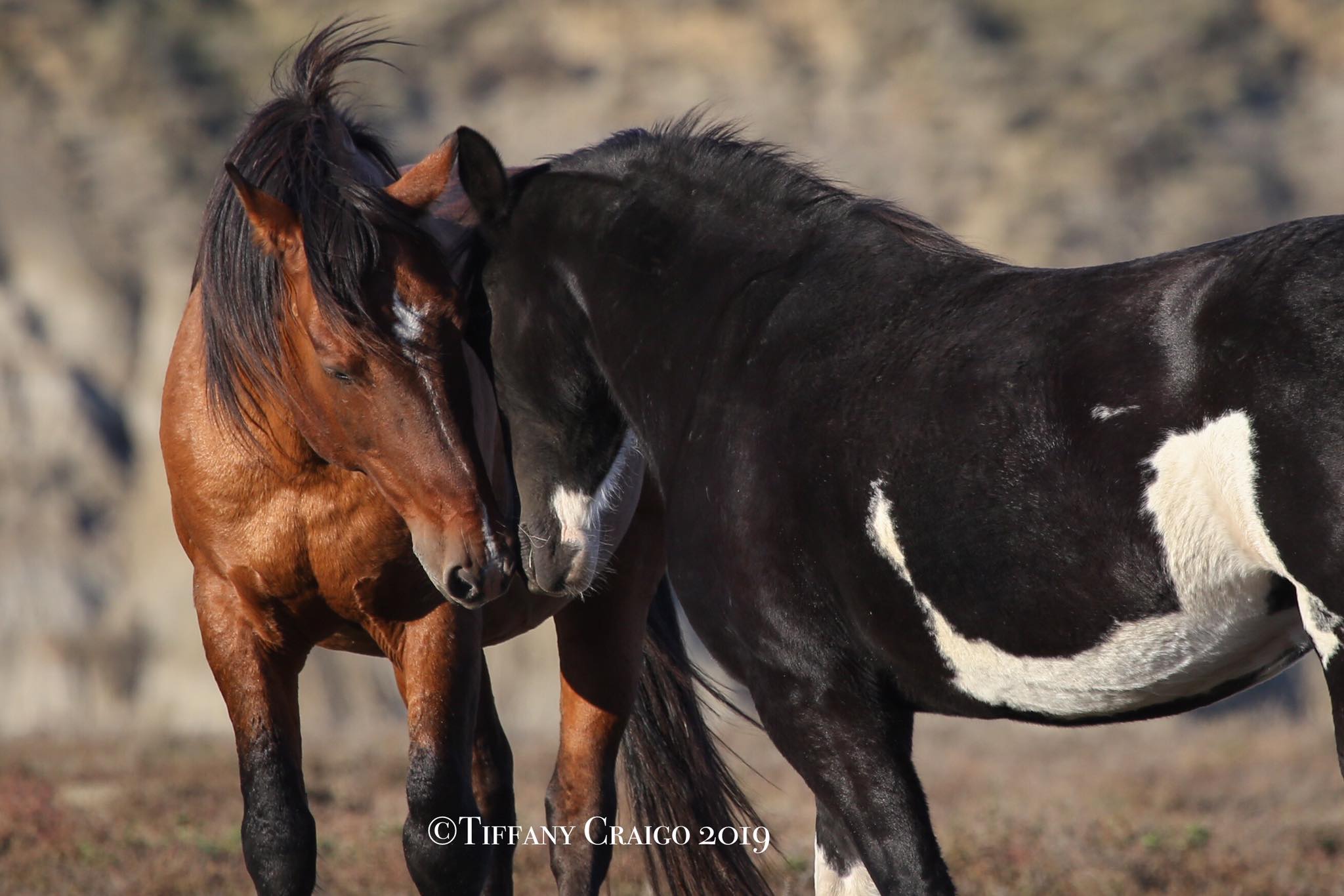 Hello everyone! On this Sunday, I thought everyone might enjoy a recent look at Copper! He continues to hold a band of five mares including this lovely mare, Daisy. For those new to the page, Copper injured his front leg and lost his entire band in 2014. For the next few years, he took time to heal and began to gain back mares. In 2017, he managed to pick up a few of Silver’s mares after he was injured. Not long after, he would acquire the rest of Silver’s former mares from stallion Brutus. Daisy was Silver’s lead mare and I like to think, his true love as well. After his passing, it was hard to imagine Daisy showing that kind of love and dedication to any other stallion. Then Copper came along and we witness days like these. If this isn’t love, I don’t know what is… Enjoy the rest of your weekend!