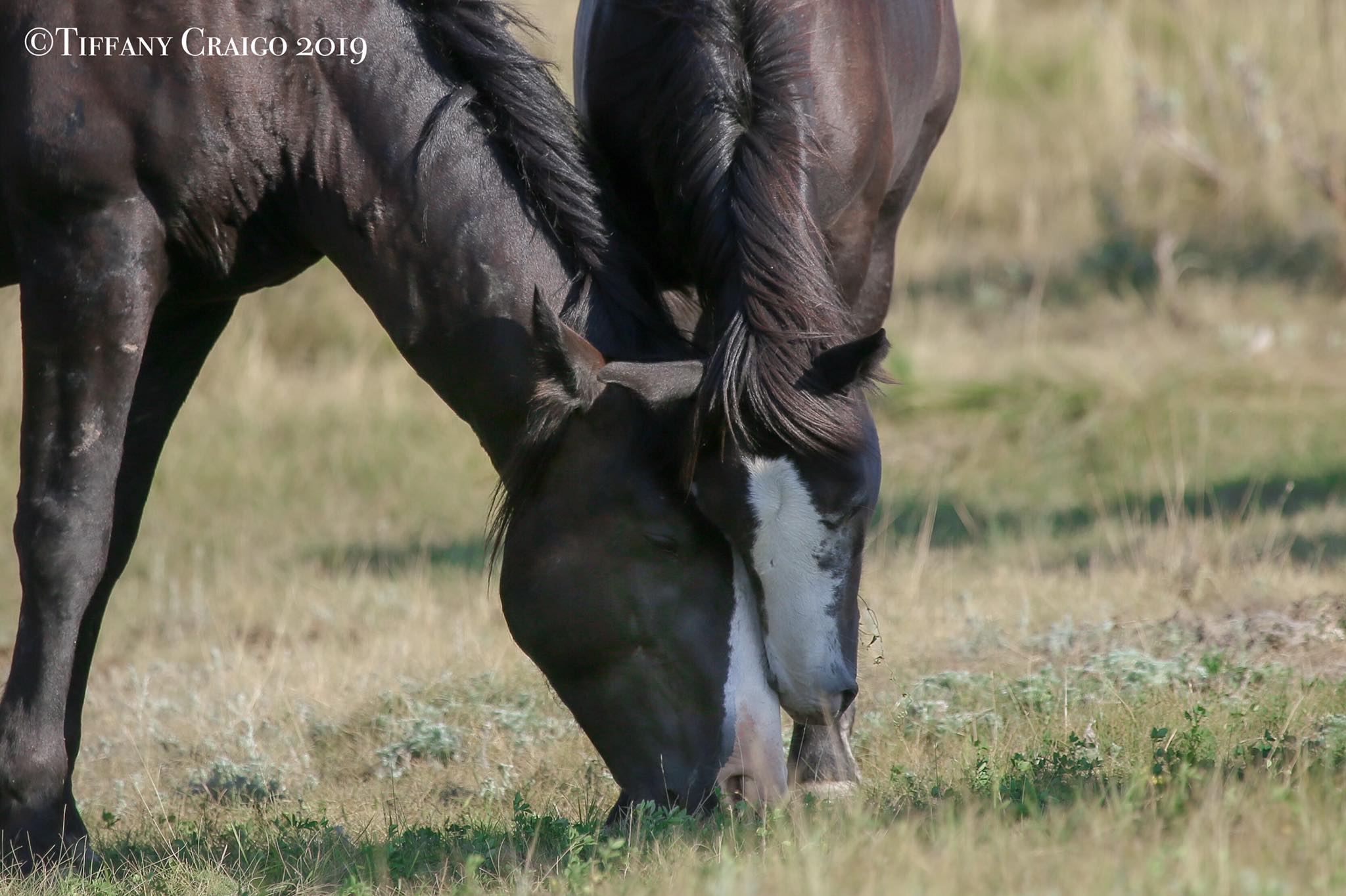 Hello! Today I have an image from August to share with you that I feel says so much about the horses in this herd. Pictured below is Band Stallion, Maverick and 2018 Colt, Poseidon (who has since been adopted). Oftentimes when a mare and her foal are stolen by another stallion, I am asked if the new stallion will accept the foal if it is not his own. This photo is my answer to that question. Poseidon and his mother, Copper Penny, were stolen by Maverick in April of this year. Poseidon was six months old at the time. Maverick accepted him as part of his newly formed band. Four months later when this photo was taken, it was obvious that a bond had formed between the two. Is this common with all wild horse herds? I cannot answer that however, I can tell you it happens quite often with this herd. Maverick is once again in this situation as he managed to take back Skipper from Brutus and this time she brought along her new colt, Arey. He sticks close to his mom for right now but I look forward to seeing him interact with Maverick once he gets bigger. <3