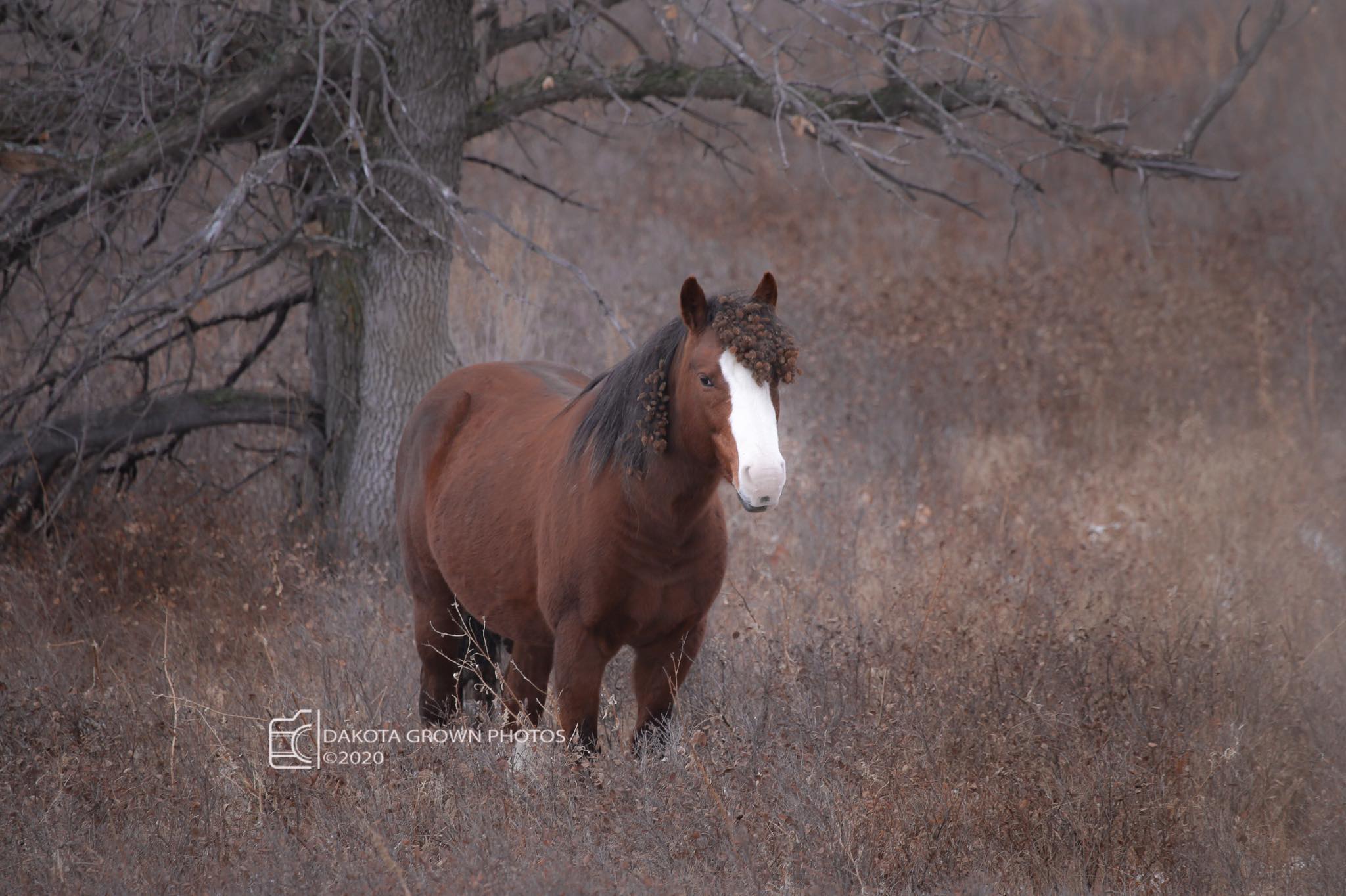 Hello everyone! This past weekend I made my way across the river to check on Georgia’s Boy and his band. The temperature was in the 40’s and the river was not completely frozen yet. I wasn’t exactly sure how I was going to make it across without getting wet but quickly realized if you zig-zag a little you can cross without any issues. Everyone looked well including the oldest horse in the park, Flicka. I still can’t believe she is 24. The entire band is still having issues with cockleburs, some more than others. Poor Georgia’s Boy has so many in his forelock you can barely see the hair. On my way out to them, I saw a couple of hikers coming in from the south fence. They were not there when I reached the horses so I figured they had gone down the trail. However, when I got back to my car I saw them once again not far from the horses. They must have been close by when I was with the horses and likely think I am a nut job because I talked to Georgia’s Boy, as well as, all the girls almost the entire time I was there. Oh well lol! It was nice to spend some time with this band regardless as we haven’t been able to cross the river to get to them for some time. Hopefully, Georgia’s Boy can hang onto all of them through the winter but with Cloud, Casper, and even Teton close by it will be interesting to see what happens. I decided to include a photo I took while standing on the river too so you all could see how beautiful the park is in the winter. Enjoy!