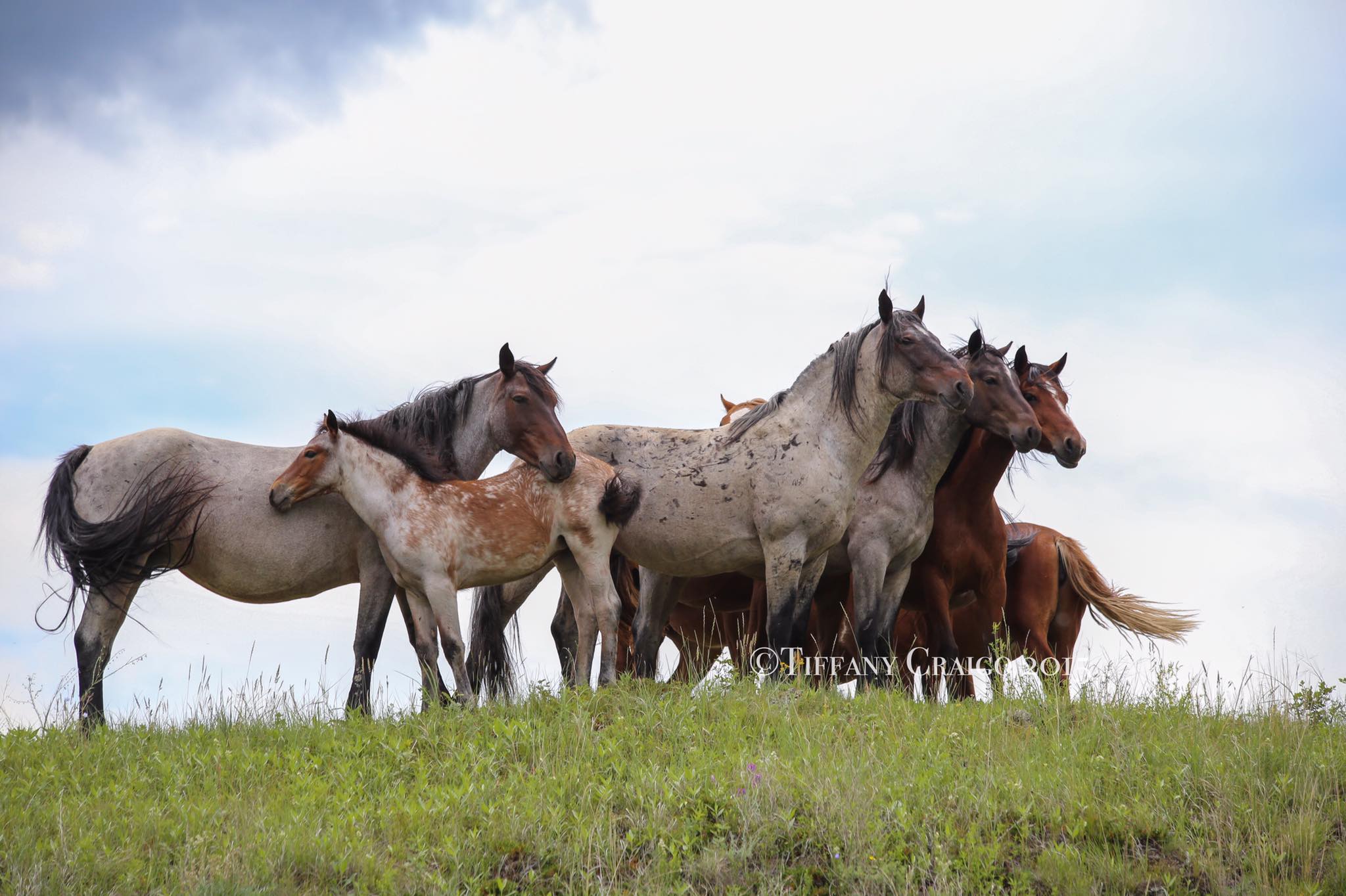 Hello everyone! Today I would like to feature another horse from the TRNP herd. If you missed Daisy’s spotlight, be sure to scroll back and take a look.

Today’s 🌟Horse Spotlight🌟is 2005 Mare, Sundance! She is currently running in Mystery’s band. Her dam, Shale, is in Cloud’s band. Her only offspring in the park is 2007 Mare, Firefly, of Frontier’s band. We do not hear a lot about Sundance because she has not foaled since 2014. While I can’t say she is the lead mare, she is definitely the watcher and protector of the others in the band. Sundance has been in Mystery’s band since 2015. Before joining his band, she spent many years with Red Face. The two had several offspring together including her last foal, a filly we called Cassidy, in 2014. Sundance’s 2013 Colt, Bravo and Cassidy were pulled for adoption in 2015. In the fall of 2015, I spent a day watching Sundance attempt to leave Red Face for Mystery. She would walk over and stand with Mystery and avoid any moves by Red Face and Frosty to bring her back. When I left the park that evening, Red Face had finally managed to move her closer to him. Frosty was also standing in front of her to keep her from leaving. When I returned the next day, Mystery had Sundance and has ever since. She is very devoted to Mystery and spends a lot of time near or with him. Below are some photos of Sundance taken over the last few years. I included photos of her and Bravo for you to see as well. The first photo has always been one of my favorites as it shows how much Bravo resembles Red Face. I also love how Red Face and Sundance are standing on either side of Bravo. I hope you enjoyed this look at Sundance and stay tuned for the next horse spotlight! Thanks, everyone!

Red Face’s Band 2015 – L to R: Frosty, Denali, Red Face, Flame and Emmylou in the back, Bravo, and Sundance

Mystery and Sundance in 2015 – Taken the day Sundance was attempting to leave Red Face. Mystery is looking at Red Face and Frosty who are standing just to his left.